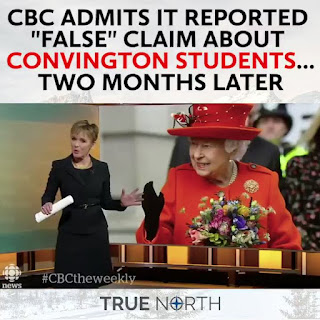 CBC News has apologized for spreading false information about the Covington Catholic School students two months after the network first reported on it.

In January, CBC reported that after the Washington, DC March for Life, a group of students made an offensive chant in the face of a Native American protester, categorizing the students as “teenage bullies.”

The CBC is now acknowledging this claim was false.