CBC report will astound you

Albertans are staring down the barrel of an unwanted federal carbon tax.

That’s right — even though Justin Trudeau’s Liberal government learned that Canadians see the hugely unpopular carbon tax as a literal cash grab (and that Albertans said no to the tax twice), they still forced it upon us. 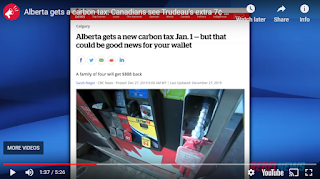 But have you heard about how they’re trying to sell the idea to Canadians?

The audacity of Trudeau’s lackeys at the CBC will astound you.  Here's the video report: